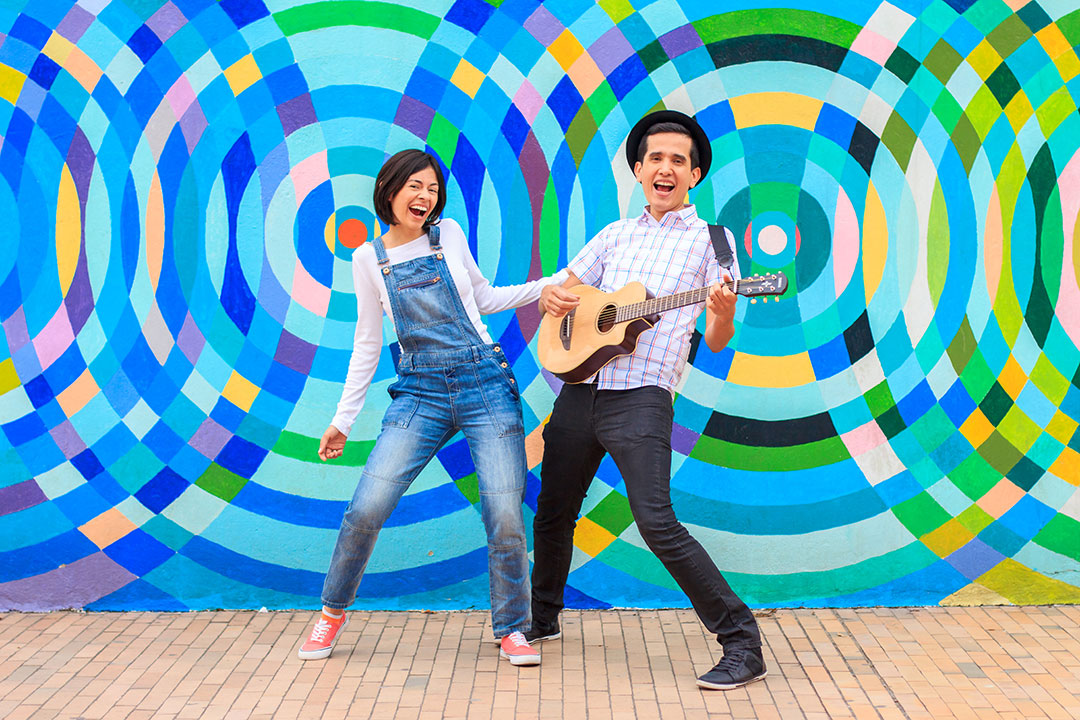 Kids and families will rock out to the beautiful, bilingual sounds of 123 Andrés, Latin Grammy Award Winner for Best Children’s Album. This interactive concert for little language learners is the perfect morning out for kids and families. Children sit on carpets close to the action while grown-ups enjoy the comfort of the historic Austin Scottish Rite Theater.

Andrés and Christina, better known as 123 Andrés, are the new face of Latinx music for families in the US and Latin America. They are known for bringing joyful sounds, passion for bilingualism and a high-energy love of music that gets kids singing and dancing in Spanish and English.

Andrés grew up in Bogotá, Colombia, and learned how to play the guitar from his father at an early age. He had his first studio experience at age 8, and from there he went on to earn a doctorate in music and won the National Composition Contest in Colombia for one of his early songs.

Christina grew up in the Midwest in a Spanish-speaking immigrant family from Colombia. Her love for the stage started when her mom signed her up for theater and dance as a child. After college she worked in the classroom as a public school teacher, and received a master’s degree in education. When she joined 123 Andrés, she found her calling teaching through music.