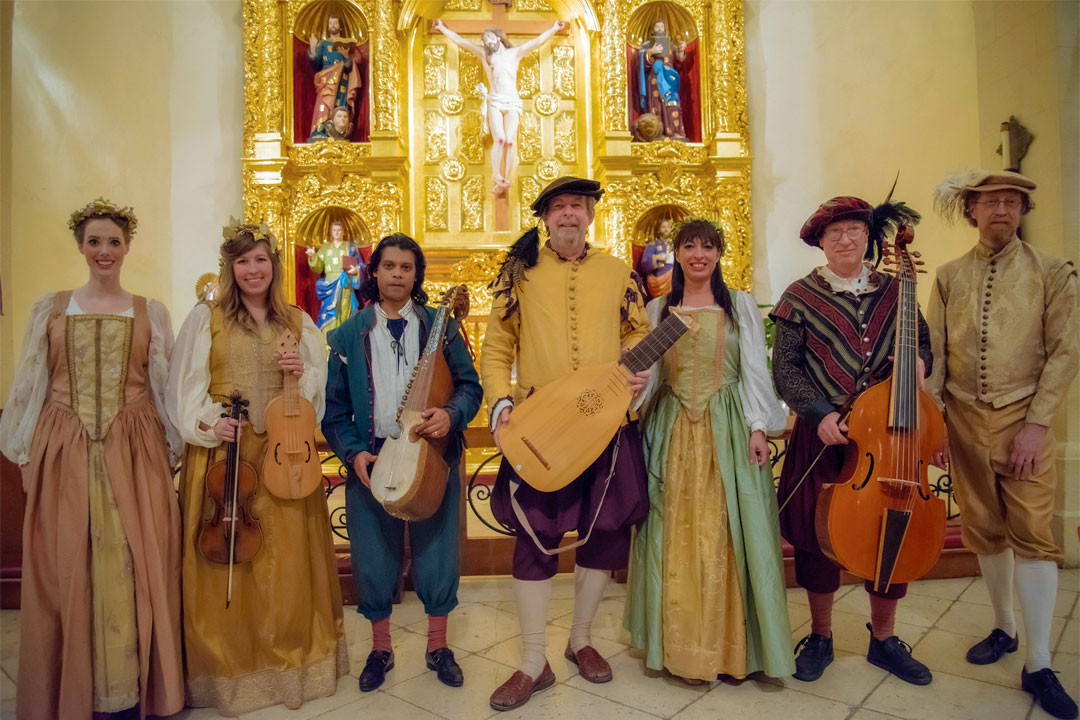 AUSTIN TROUBADOURS present MUSIC FROM THE TIME OF SHAKESPEARE

Known for their unorthodox approach to music interpretation, the Austin Troubadours will present a historically informed performance with authentic instruments and period costumes. Artistic Director Slobodan Vujisic talked about the inspiration for their concert: “We’re excited to present a new program of Renaissance dances and songs used in Shakespeare’s plays or inspired by him. We will open with Kemp’s Jig (anonymous) which is attributed to William Kemp, who was Shakespeare’s favorite actor and clown. A number of the dances on the program were composed by Shakespeare’s lutenist, Robert Johnson. It Was A Lover And His Lass (Thomas Morley) is a song from Shakespeare’s comedy As You Like It. Performing with authentic instruments combined with costumes of the period, it promises to be a concert audiences will greatly enjoy.”

Featured at the concert are:

About The Austin Troubadours

Founded in 2008 in Austin, Texas by the award winning lutenist and early music specialist Slobodan Vujisic, The Austin Troubadours is an international group of instrumentalists and singers that is dedicated to reviving the beauty of musical masterpieces from Medieval and Renaissance Europe. Seven musicians in period costumes with more than 30 authentic period instruments, perform dances and songs of Medieval and Renaissance Europe. A high energy, non-conventional show sets the stage in this historically informed performance. Performers include members of The Austin Symphony and University of Texas Faculty, funded in part by the City of Austin Cultural Commission.