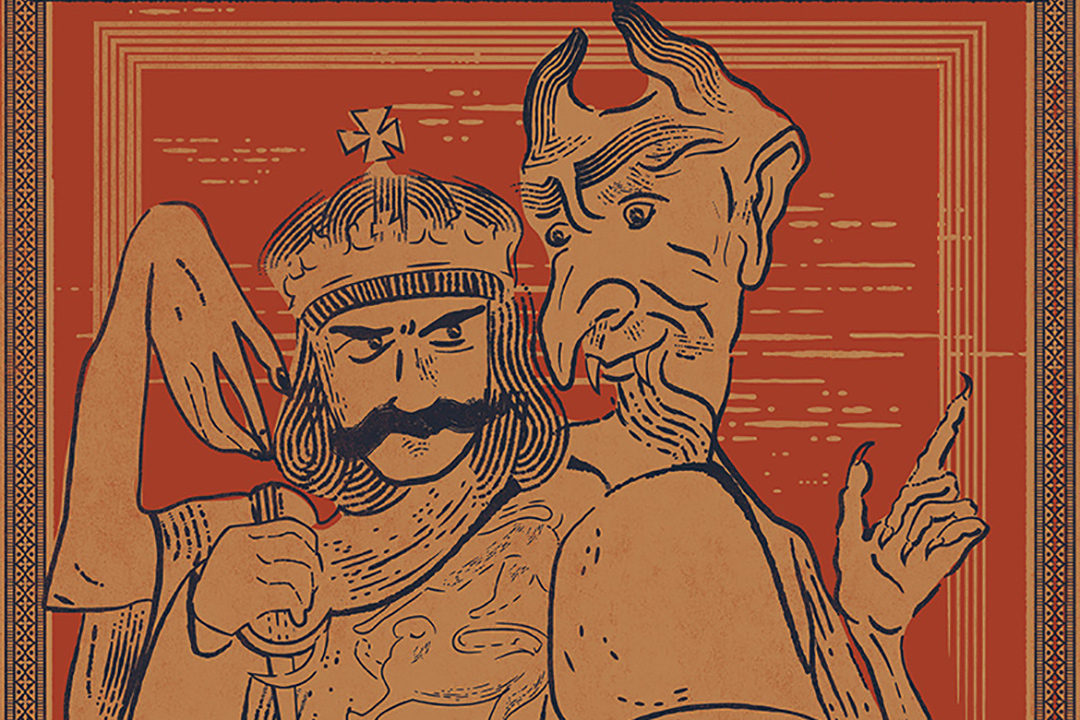 by Colley Cibber as adapted from William Shakespeare

“Ready trumpet. Boy ready with armor. Take time. More piano. Long flourish continued till discovery, next Sc. – and do not W Till Mr Booth is on stage.”

For The Hidden Room, a company that specializes in historically significant theatre, these and other handwritten notes inside an 1861 promptbook for Richard III are DNA hidden in the book’s rich amber. But the actor/director who wrote most of them, the man who is assisting this work from the beyond, is one of the most detested villains of American history: John Wilkes Booth.

The Harry Ransom Center’s Eric Colleary, the Austin Scottish Rite Theater, and the Hidden Room lead a team of award-winning actors, scholars, and designers to resuscitate the ghost of the promptbook’s infamous production by way of painstaking research into playing practices of the day, appropriate costumes, props, set, and music, all in a period-perfect theatre built in 1871 – a working relic with original 19th Century hand-painted backdrops, extant prompter station, a rare operational thunder run, and more.

The play itself is a Shakespeare variation – a Restoration “improvement” of Shakespeare’s classic version written by Colley Cibber in 1699. Cibber’s take was often called the “Blood and Thunder” Richard – shorter, less ambiguous, and more cruel. It was America’s Richard III, and has been seen longer on American stages than Shakespeare’s version, although it has since been lost to time.

Join us as we explore lost theatre practices of the Civil-War era, glimpse into the mixing of 1860’s theatre and politics, and consider how rhetoric and fear turned a country against itself. The promptbook, darkly fascinating, is an unintentional gift – a magic mirror back into to a theatre in 1861, that a radicalized madman left behind.