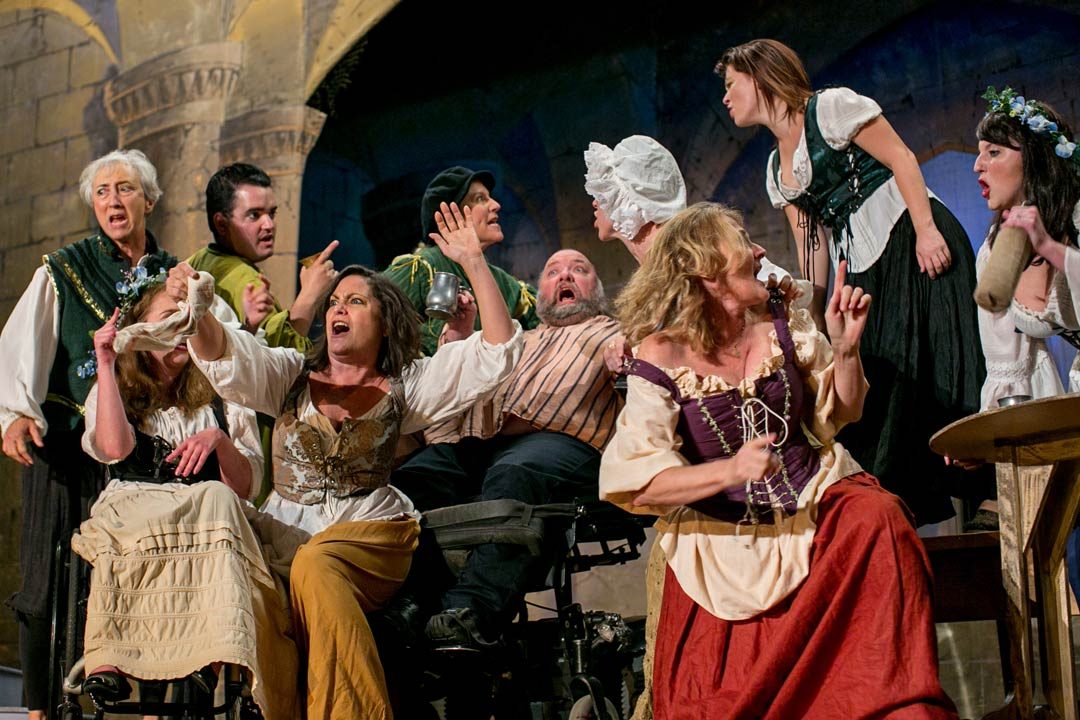 The skits and music for ShakesParody were written or adapted by members of Tallahassee’s Mickee Faust Club. Now Austin Scottish Rite Theater joins Faust in bringing together performers with and without disabilities who share a sense of humor and a penchant for Shakespeare. From a hilariously expletive-filled take on Hamlet to the plaintive musing of the soon-to-be extinct Shakespearosaurus, there’s fun to be found by those who love Shakespeare and those who just love a fun night of comedy.

About The Mickee Faust Club:
Housed in a funky warehouse in the middle of Tallahassee’s eccentric Railroad Square Arts Park, the Mickee Faust Club theater company just turned 30 years old. Although Faust is led by giant, profane rat who claims uneasy kinship with a certain unctuous rodent in Orlando, the group has its more sober side. Faust has a long history of inviting and training people in its community — many who are not just underserved but overlooked — and helping them develop their own artistic voices.