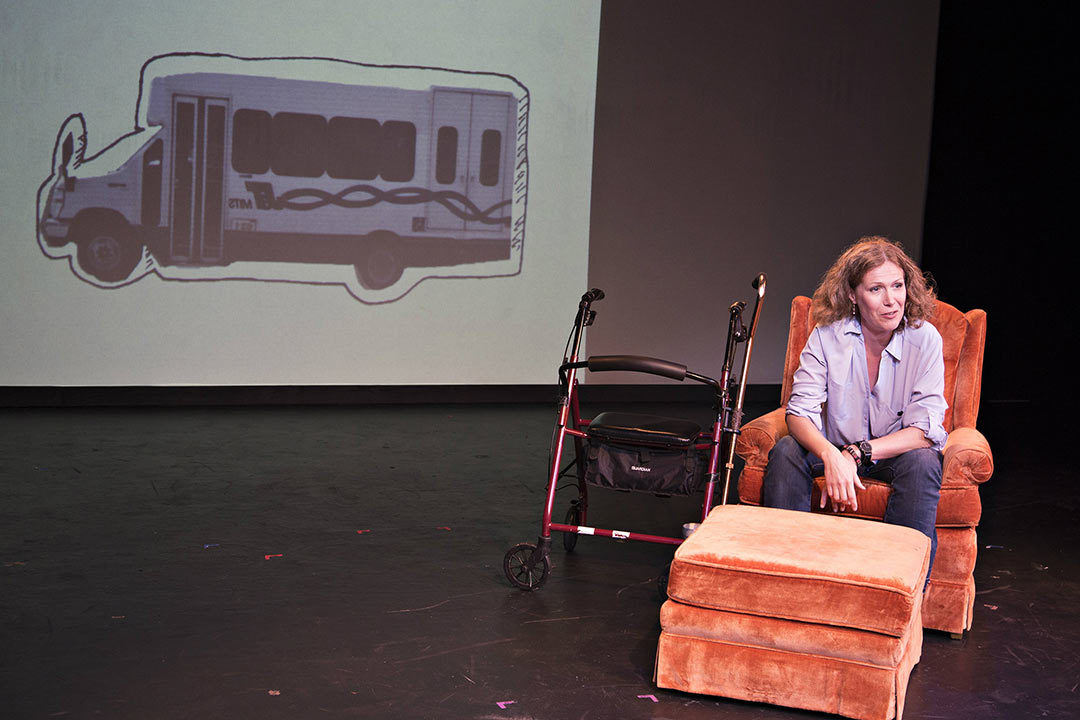 STIFF is the hit fast-paced comedy about moving slow that has been an award-winning audience favorite at festivals, conferences, and theaters across the country. Actress (playwright Sherry Jo Ward) was suddenly facing a career-ending diagnosis with a super-rare neuromuscular disease called Stiff Person Syndrome. Instead, she turned it into an autobiographical one woman show that demonstrates her resilience, and her “sick” sense of humor. It’s a unique hour of theatre that promises to stay with you.