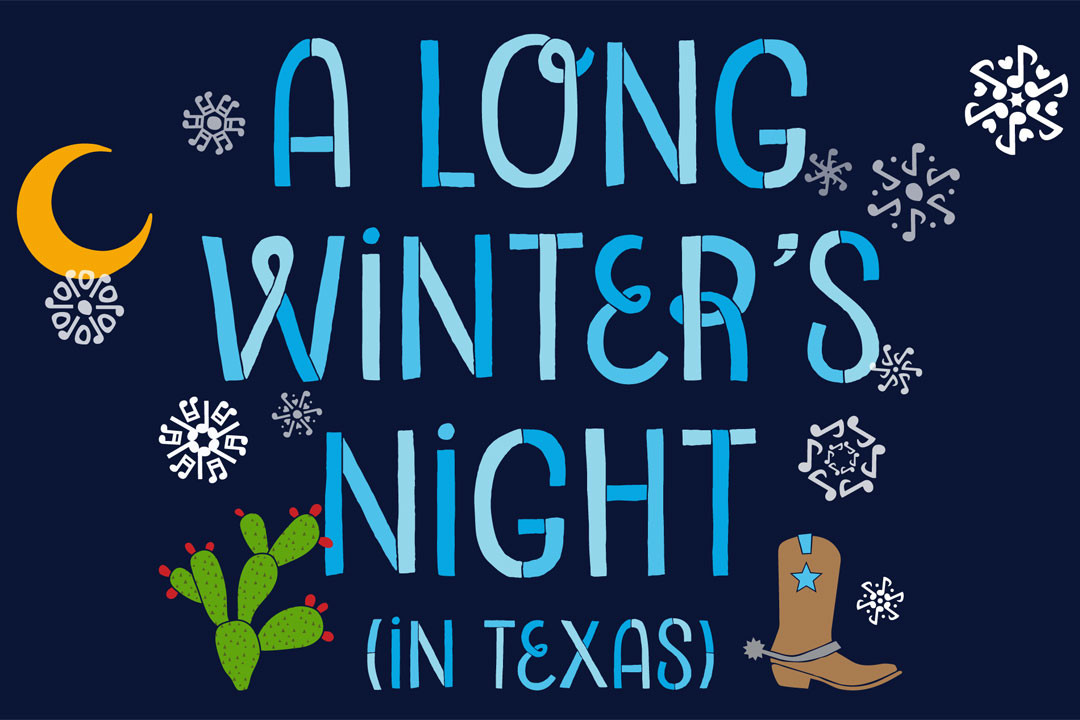 Laura Freeman’s original musical is a distinctively Texas tale with echoes of Dickens.

Suzi longs for snow in Texas until the night of the Winter Solstice when she gets more than she bargained for.