Austin Scottish Rite Theater teams up with The Final Acts Project to present Margaret Edson’s dark comedy, Wit. Taking the role of both narrator and player in her own tragedy, the character Vivian Bearing shifts from real time to the past through her journey from stage 4 ovarian cancer diagnosis and high-dosage experimental chemotherapy. Along the way, she undergoes self-conviction, humility and grace.

“A space in which a human being may shed all that is earthly and pass into the celestial.” – Austin Chronicle

The Final Acts Project believes every individual should have the opportunity to write his or her own life script, including the final act of his or her life. The organization was founded in 2014 and aims to develop and facilitate extended community and professional networks of support, conversation, and action around end-of-life planning. The organization addresses determinants of health outcomes by leveraging volunteers to create and replicate models that can be adapted to meet the needs of specific audiences. The Final Acts Project uses the arts and humanities to entice and inspire viewers and participants to discuss a scary but important topic – death. With the conversation started in an open, friendly environment, the organization can then get people thinking and planning for their future, right until the very end.
finalactsproject.org 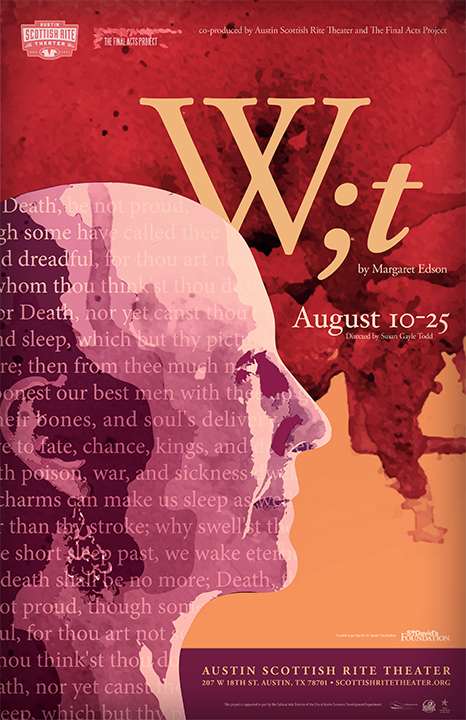